The average profit margin in a restaurant is typically under 12% of total sales with very few hardly reaching 25%, a lot lower than most people think! Therefore, restaurants owners are always in the lookout for ways to boost their operation margins that is consistently considered as a matter of survival. Restaurants use far more energy than most other businesses with similar sized structures, because they must operate several power-hungry systems such as water heaters and HVAC, that service extensive square footage.

As energy costs is steadily rising in a rate of 2.5% – 3.5% annually, solar systems are proving continuously essential to fight high power costs and to help keep business doors open. Although Solar Energy is hardly a new technology in the U.S., just 5% of restaurateurs said they use solar systems in their operations according to a National Restaurant Association survey. 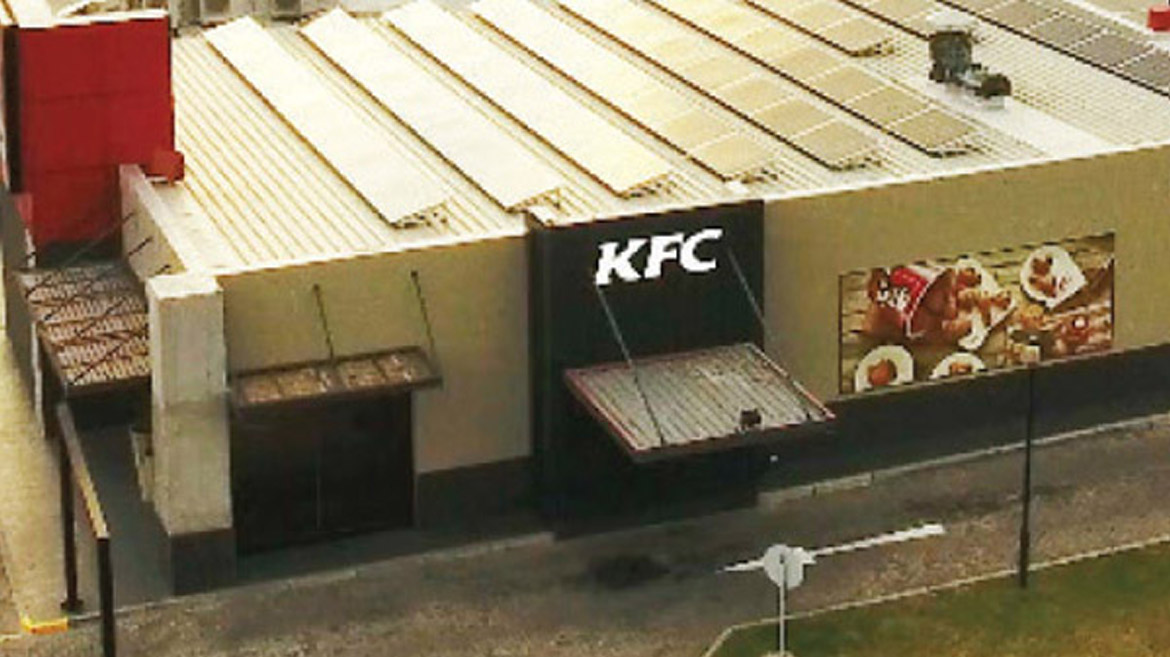 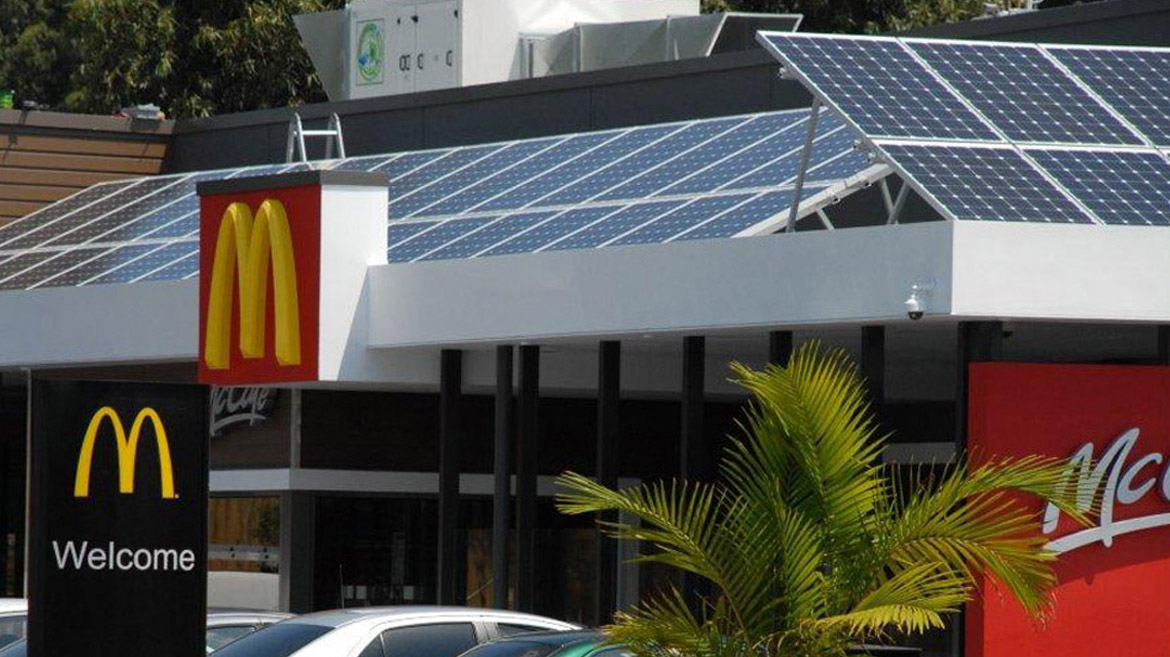 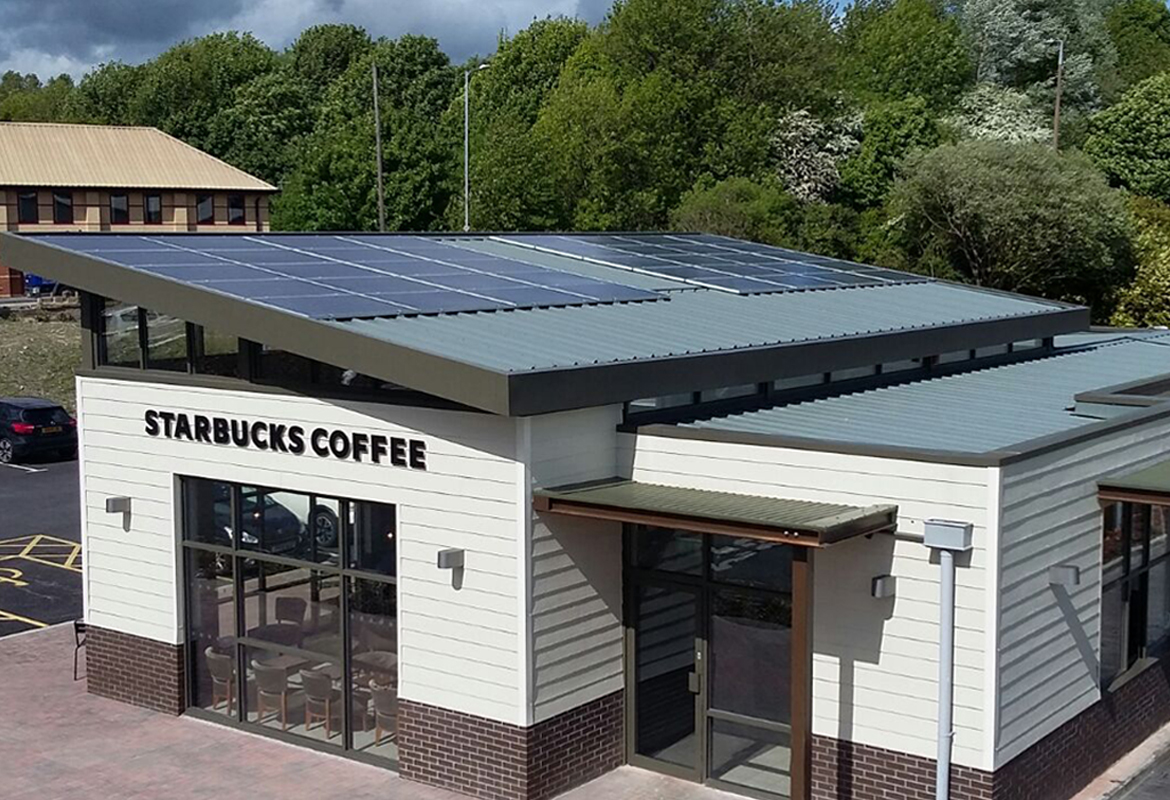 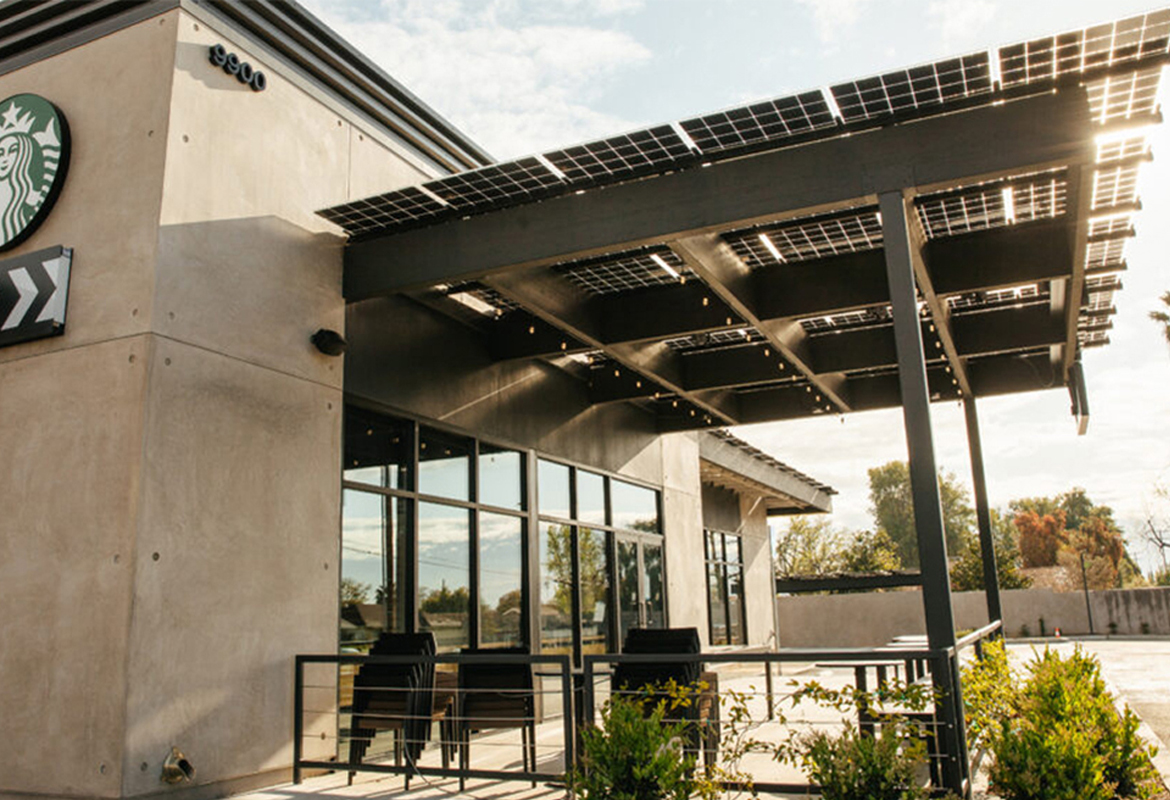 Harnessing sunlight can provide up to 100% of a restaurant’s energy, enough to run its kitchen, supply hot water and, keep the AC and lights on, it can also provide shade for guests dining at the patio! Modern Solar Systems can give restaurants’ operators and owners what they have always been looking for: Style, Reputation of being responsible to the environment and, Savings! While ROI doesn’t always have to be about money, guests will take notice of restaurants going that extra mile for the sake of the environment!

With change coming to the restaurant industry at a warp speed, Solar Systems are being increasingly installed at restaurants all over the country. Starbucks stepped up its investment in solar energy making sure it’s generating enough solar electricity to power its 360 Starbucks outlets in Texas. McDonald’s is also buying power from the sun to make its burgers. The company said its investment in solar power projects will generate electricity enough to power more than 2,500 restaurants.

As Electric Vehicles ownership is quickly becoming the new trend in transportation, smart restaurants’ operators installing EV charging stations at their premises to attract more clients at a rapid base. According to many surveys, guests who drive Electric Vehicles, prefer to patron restaurants with EV charging stations, as they can Charge-N-Dine at the same time, a perfect win-win scenario for both guests and restaurants operators!

Solar Patios and solar carports over parking area offer double land use as shades and to accommodate the solar panel arrays; solving a major challenge otherwise presented by the relatively large real-estate space needed to host these solar system panels. 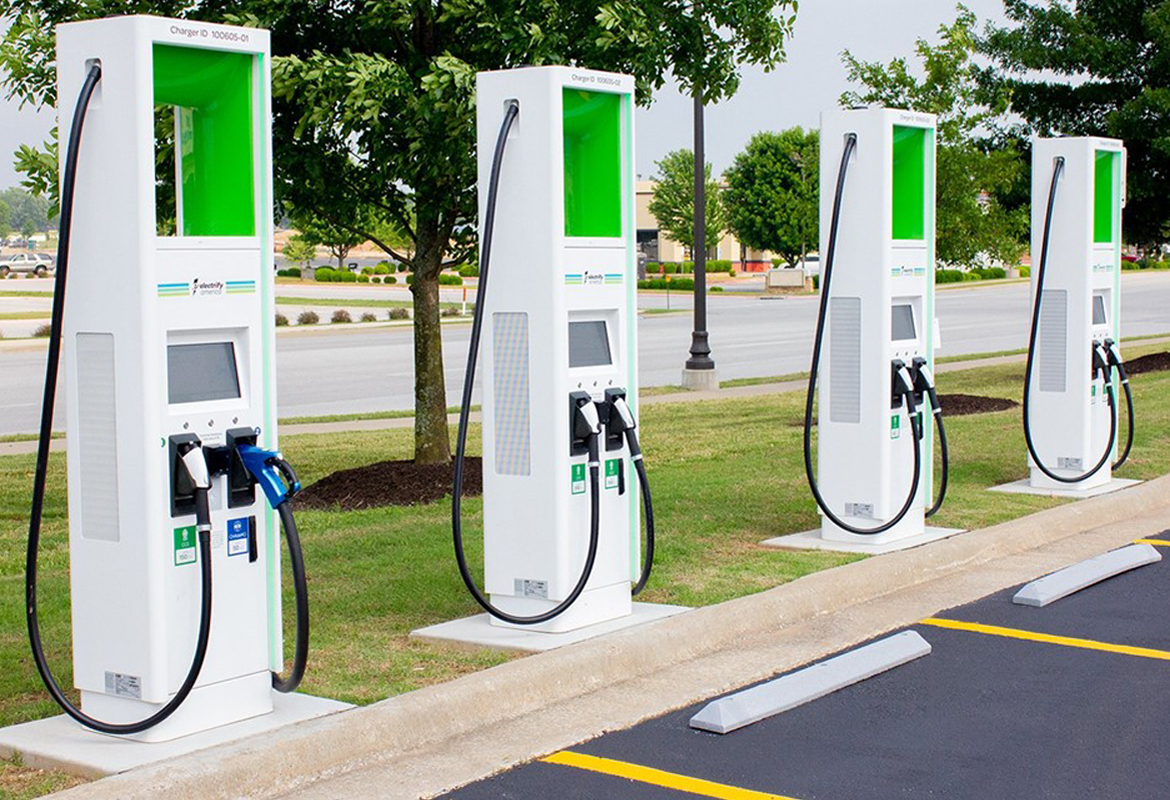 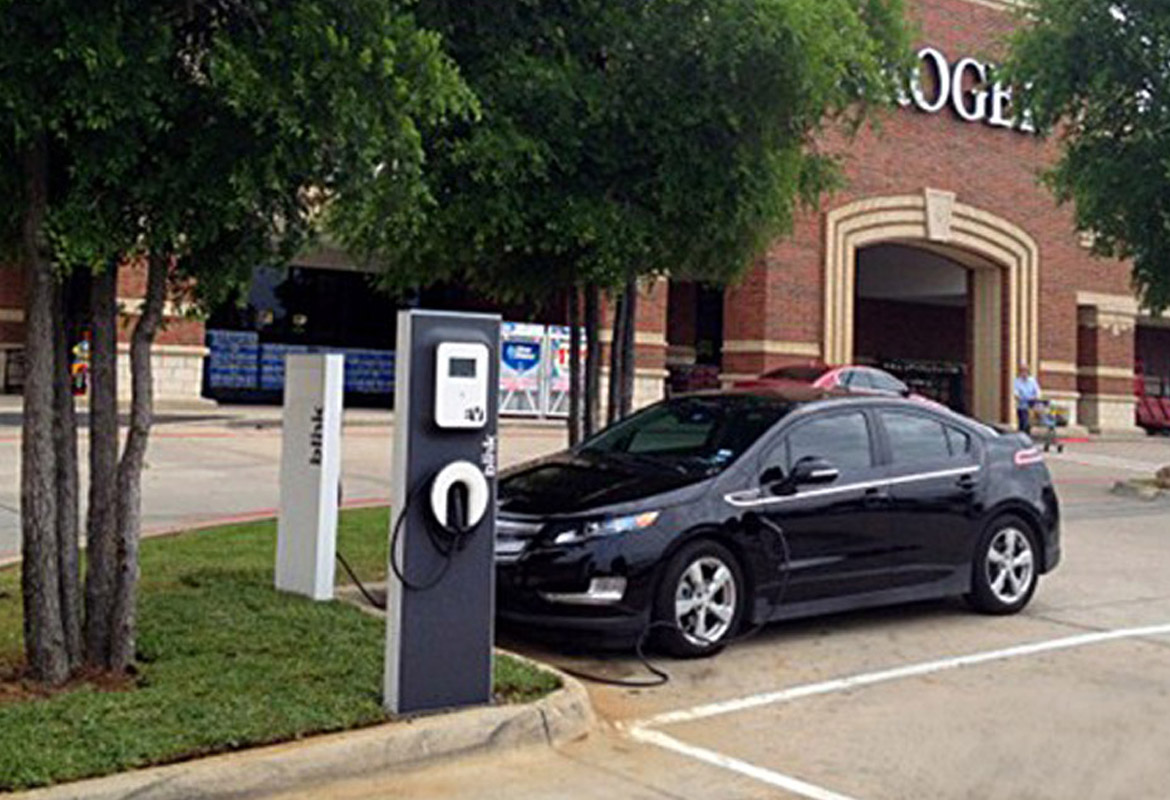 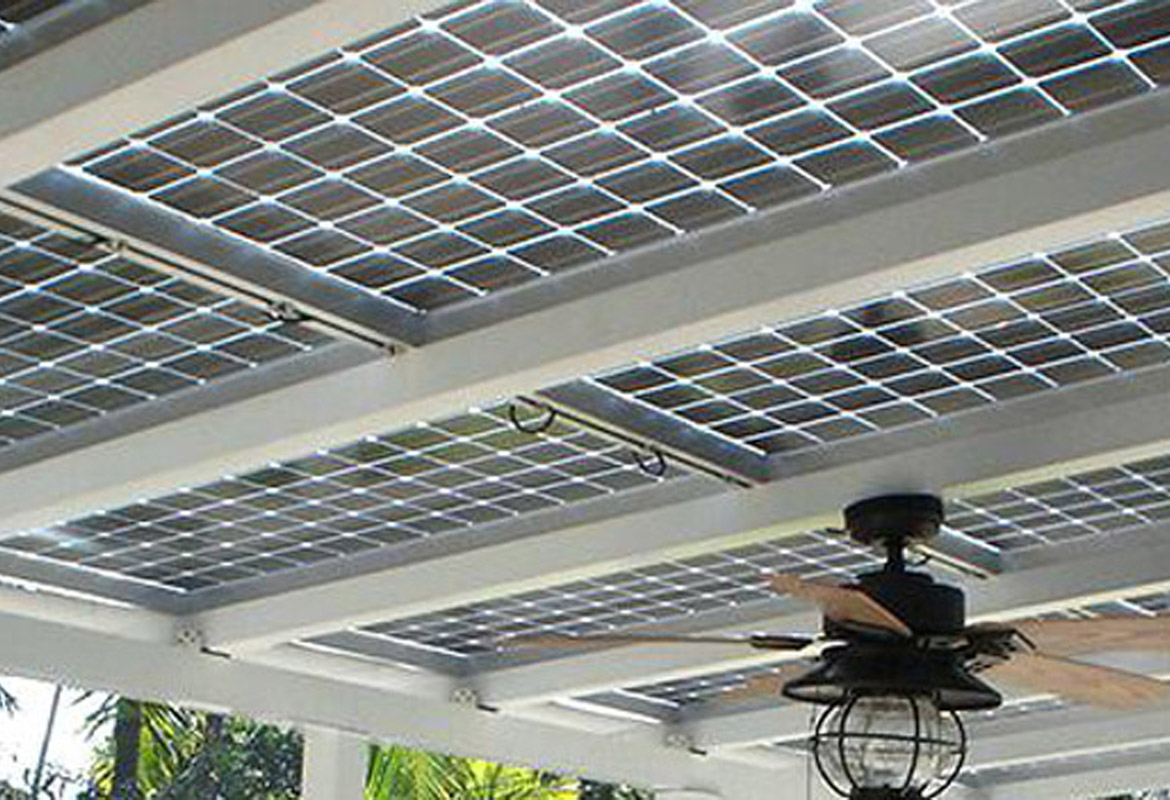 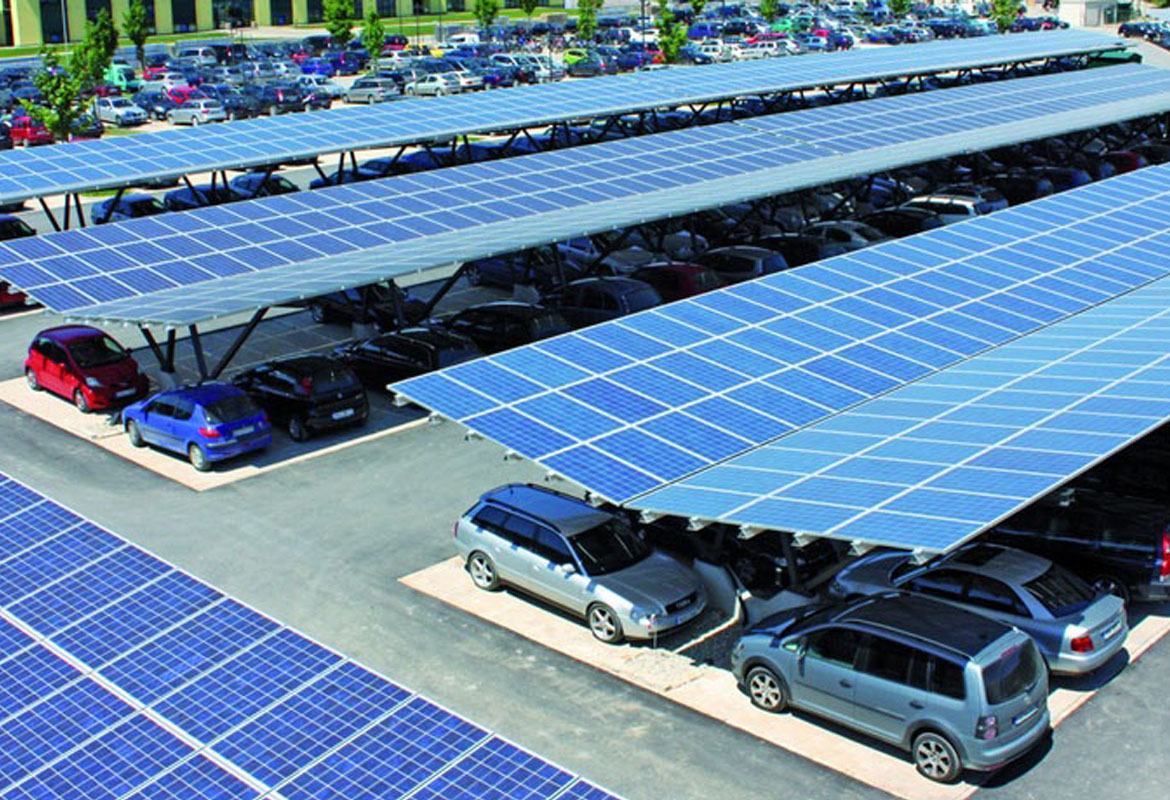 Multiple Green technologies can be implemented in restaurants to even provide more savings including:

A bag of Free Gold for being Green!

With all the obvious benefits and savings that come with installing solar systems at restaurants; federal, state, local & utility incentives and rebates made it an even much easier and smarter decision to make.

These credits and rebates can cut the actual cost down by at least half or more, resulting in a higher ROI ratio and a very short payback period. As a matter of fact, a restaurant solar system can pay for itself in just a few years, after that, it’s a pure profit center for the owners and operators!

A Great Value and a Smart Business Investment

Year-after-Year, a whopping 25% ROI can be realized when above various incentives are applied to reduce the total cost of restaurants’ Solar Systems installation, a music to the ears of their operators and Investors! First Energy systems provides Turnkey Solutions to harness the benefits of the sun, by reducing or eliminating their energy costs while maintaining highest ROI and lowest cost of ownership.