Electric vehicles came to the forefront of daily life after it became clear that vehicles powered by gasoline have played a major role in aggravating environmental deterioration. Over the past few years, the US sales of electric vehicles have registered a 40% year-on-year increase. While many people continue to drive non-electric cars, annual sales of EVs will exceed 3.5 million vehicles in 2030, reaching more than 20 % of annual vehicle sales.

California will have around 4 million EVs on the road by 2030, and according to a recent law signed by California’s governor, you won’t be able to buy new gasoline vehicles, in California, after 2035. Globally, it is predicted that there will be more than 500 million electric vehicles being driven worldwide by 2040. This huge fleet of electric vehicles on the road requires a matching EV charging infrastructure to cater to its enormous energy needs. Within the next decade, the global market for electric vehicle charging stations is expected to have an estimated CAGR of 31.2%, with a value of over $140 billion. 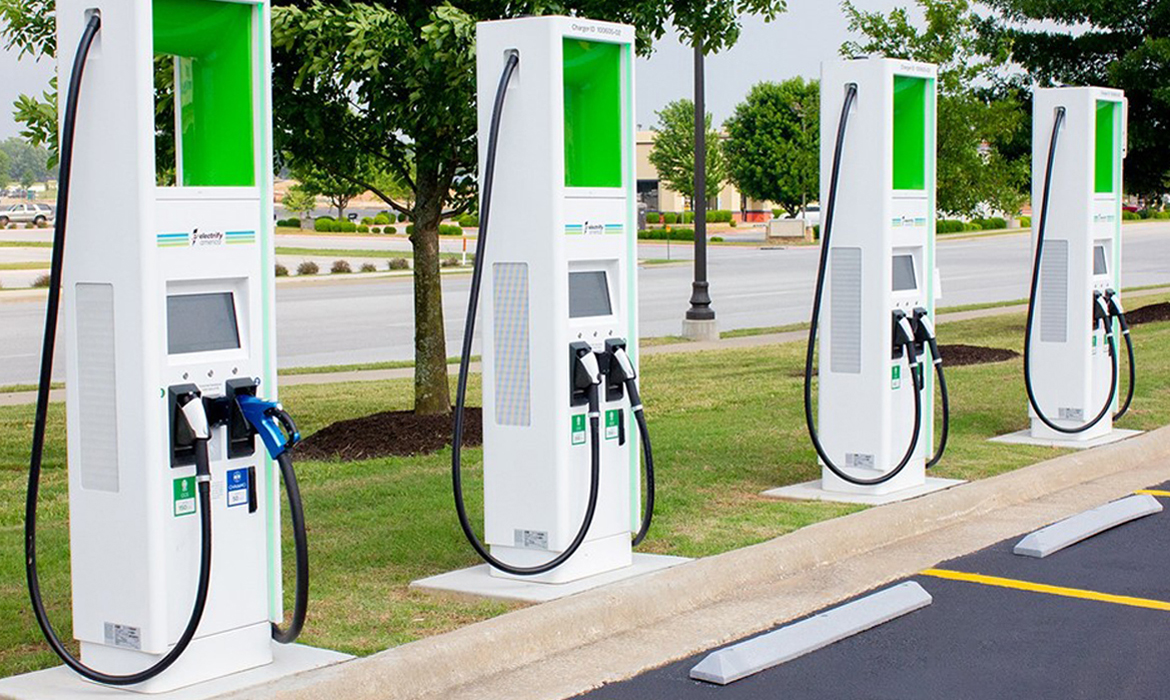 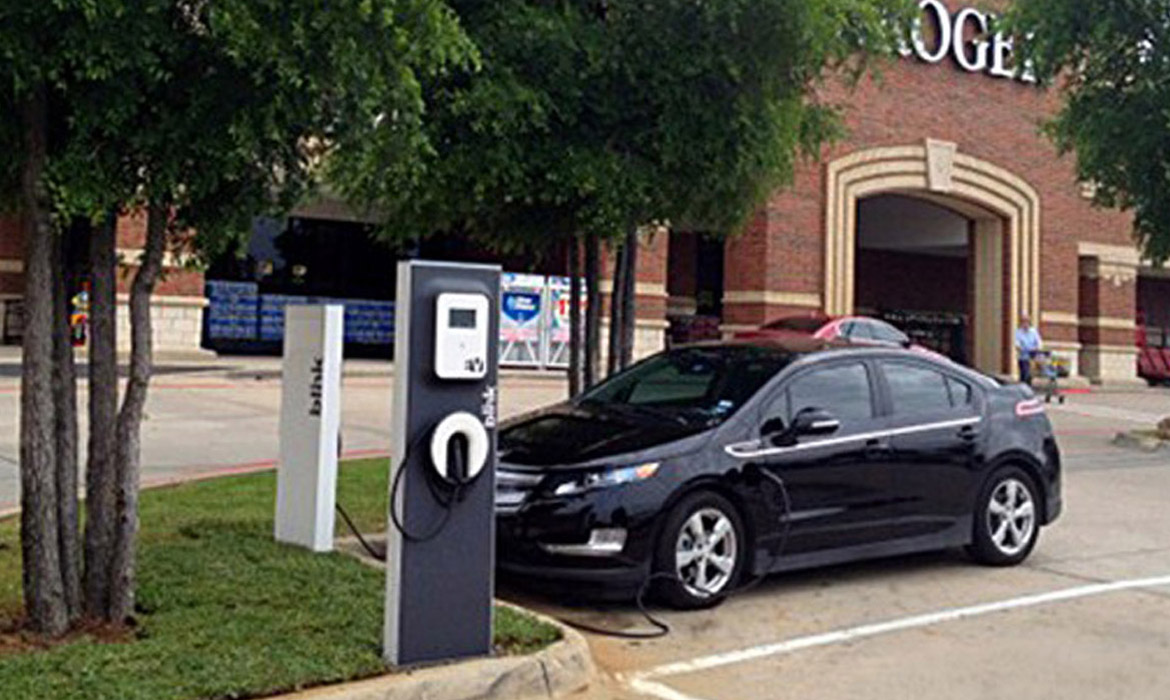 EV charging stations use different technologies and are not created equal, and they are classified into three categories:

Level 2 chargers use 208/240 volts, so they offer higher power output than Level 1 chargers. The two most common Level 2 chargers are 16 and 30 amps, which also may be referred to as 3.3 kW and 7.2 kW respectively. Level 2 chargers are ideal solutions for residential and commercial/workplace settings. Most have additional functionality like being networked or stand-alone, and they can be connected to credit/debit card billing systems. All Level 2 chargers sold in North America use the same standard charging plug, with Tesla being the exception. This means you can charge any electric vehicle at any standard Level 2 charging station (except Tesla). However, thirdparty plug-adapters are currently available to allow Tesla drivers to use other Level 2 chargers (and vice versa).

DC fast chargers are the highest-powered EV chargers on the market, and they use between 200 – 600 volts. They often are used as range extenders along major travel corridors and in urban areas to support high mileage drivers. At current charging speeds, DC chargers are ideal for places where a person would spend 30 minutes to an hour, such as restaurants, recreational areas, and shopping centers. Currently, in North America, there are three types of DC fast charging: CHAdeMO, Combined Charging System (CCS), and Tesla Supercharger. All major DC charger manufacturers offer multi-standard units that offer the ability to charge via CCS or CHAdeMO from the same unit. 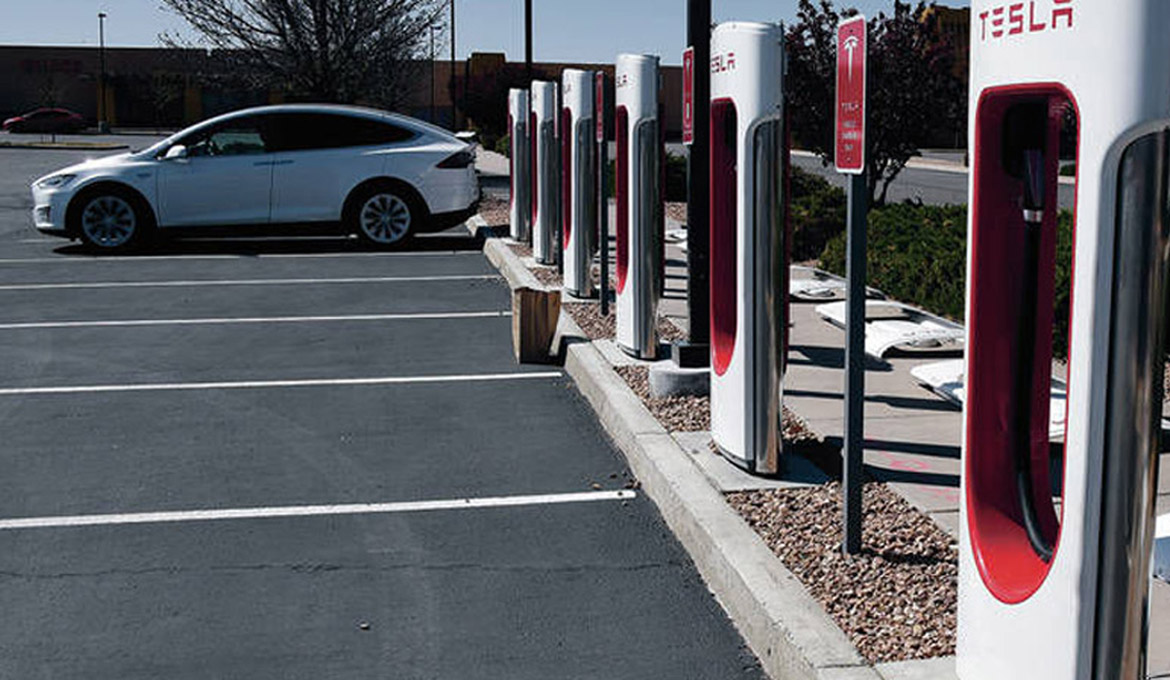 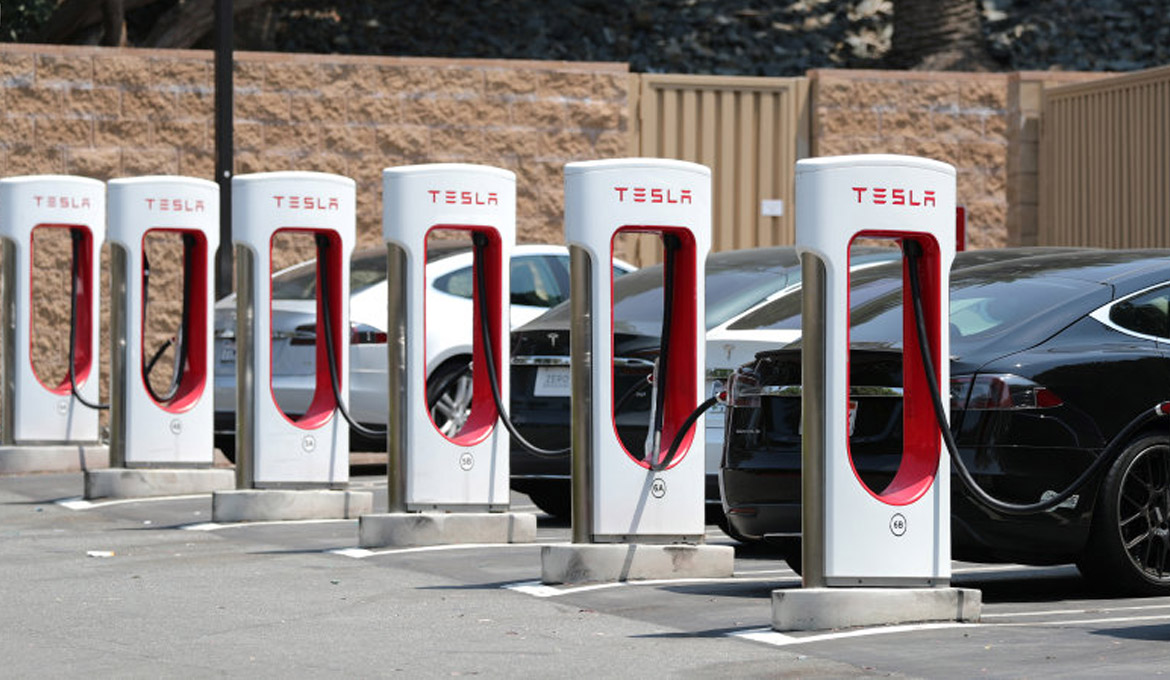 Residential AC chargers (level I and level II) are expected to acquire over 80% of the total market shares by 2030 with more than 13 million charging stations in the US alone. 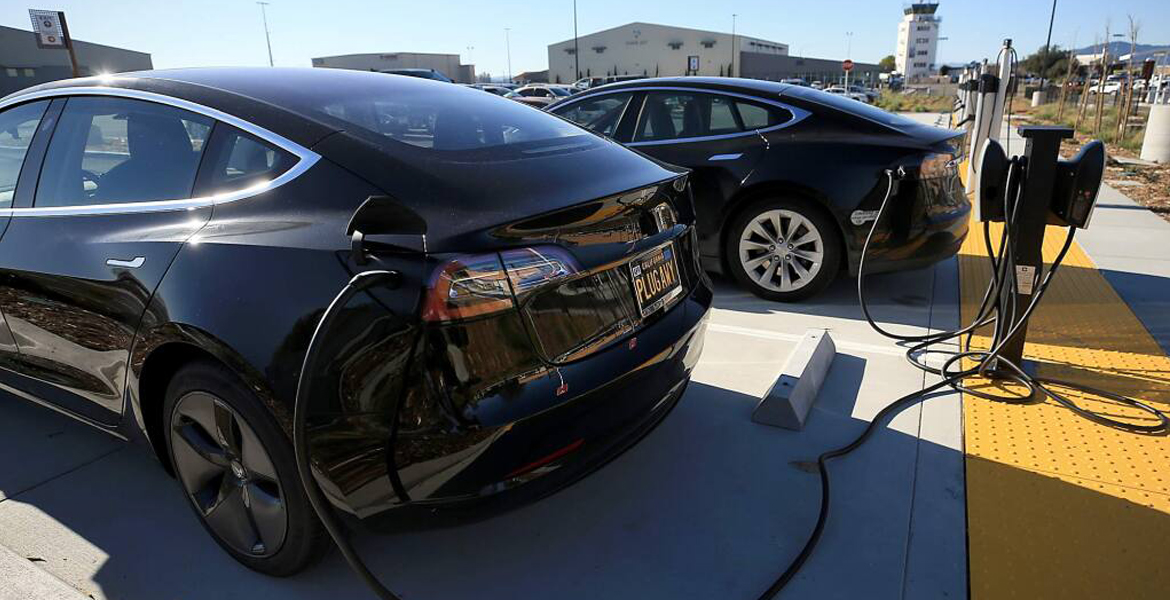 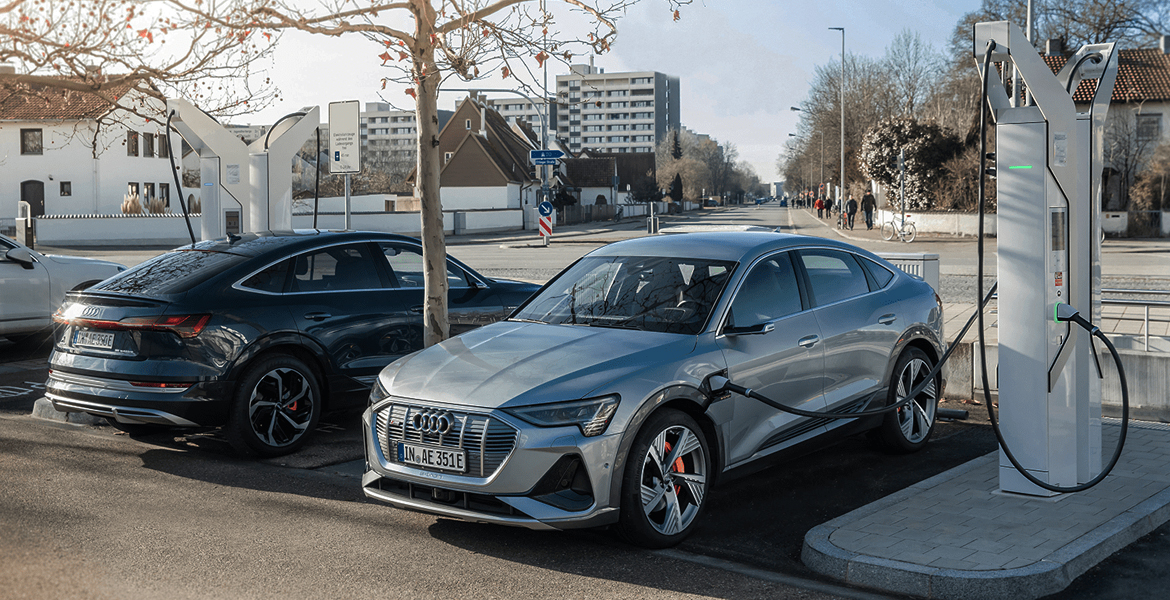 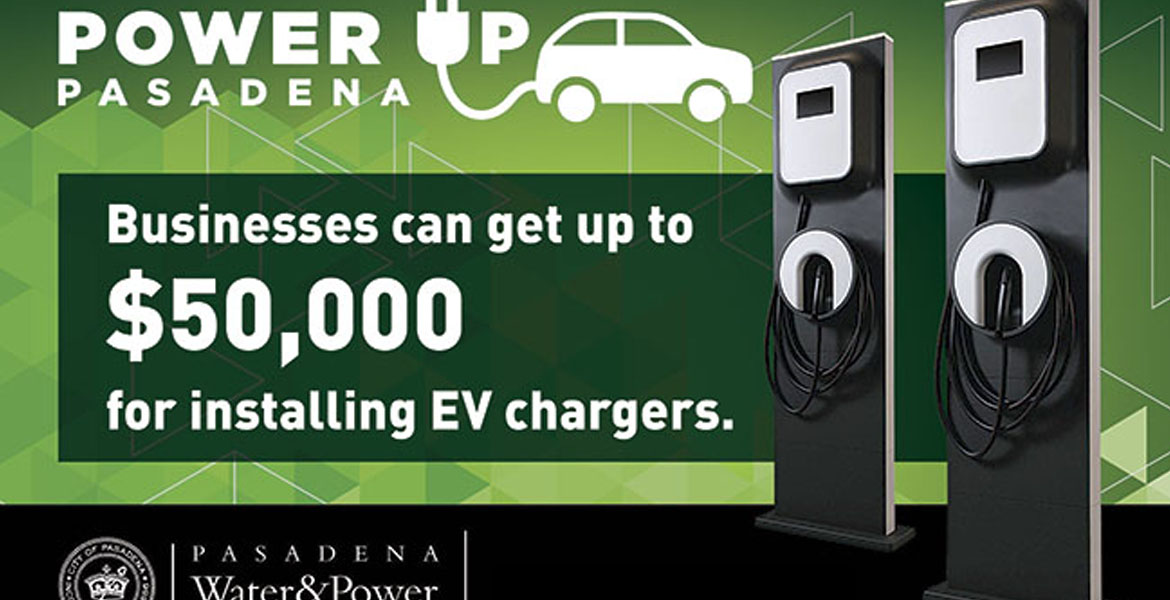 Successful businesses take every step possible to set themselves apart from their competitors. Installing EV charging stations, no doubt, will bring you more traffic, and get you more Business. According to many surveys, drivers of Electric Vehicles are checking the availability of EV charging stations before they make shopping trip plans or vacation reservations. Having an EV charging stations at your office building or shopping center will make it easier for customers to select your business over your competitors who don’t, as customers can double use their time charging their electric vehicles while shopping at, or visiting your business.

As every business is unique, so are our EV charging solutions! Our customizable offerings are industry-specific; we study your needs and come up with a plan that has your business DNA all over it, preserving your brand integrity and business signature.

Adding to the clear benefits that come with installing an EV charging station at your business, generous federal, state, local & utility incentives and rebates substantially lower your installation cost, leaving no reason for businesses and residences not to benefit from this addition.